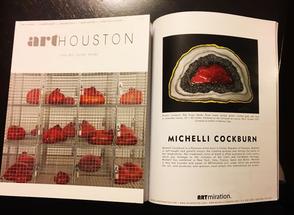 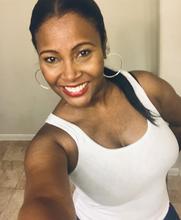 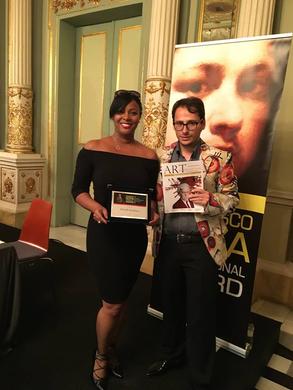 Michelli was born in Colón, Republic of Panamá, and began drawing at an early age. Over the years she developed an interest in painting to meet her need for new and diverse artwork as she constantly redecorated her home on a single mom's budget. In 2010, Michelli was invited by a friend to exhibit her personal artwork at a sponsored event, and was surprised by the great response and offers to purchase her "homemade" artwork, but was not prepared to entertain offers. A major health scare about a year later gave Michelli a new perspective on life and motivated her to further explore her love for art and share it outside of her home. That same year, Michelli decided to market her artwork under the business name ARTmiration. ​

Michelli is a self-taught artist whose styles and themes are diverse. However, Michelli is best known for her “Rocking It” series featuring 3-D paintings of Geode rocks, for which she has gained international recognition, has won several awards and been featured in various national and international art publications. Michelli has exhibited in Houston, New York, Italy, Spain, Belgium, Berlin and most famously at the Louvre, in Paris, France, and is working on adding many more countries to her resumé.

Following Hurricane Harvey in 2017, ARTmiration LLC launched a Call For Artists in honor of the Houston art community affected by the storm, with the purpose of offering artists an opportunity for free sponsorship into the I Segnalati Rome Art Exhibit in Italy in July 2018, with the goal of increasing exposure, and gain new contacts and sales lost due to the devastation. ARTmiration enlisted prominent Houston artists as jurors and the Houston Mayor's Office of Cultural Affairs served as honorary juror, selecting the top six artists that would represent their category in a video exhibit in Rome. Finalists from all of ARTmiration's Call For Artsts will be listed in an upcoming issue of the Italian-based publication Art International Contemporary Magazine under the header “Texas Strong.”